The science surprises again. And this time with something totally irreverent. You could say that it’s unique too. For the first time, a group of scientists managed to create mixed embryos.

The embryos, created in the laboratory, are made up of human and primate cells. The feat was publicized in the magazine Cell, as well as in several other media. According to the NPR news portal, one of the media that covered the event, the embryos were created to feed a project that aims to find new ways to produce organs for people in need of transplants. 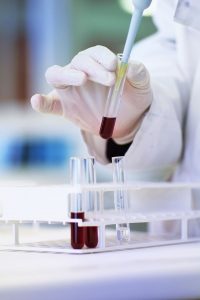 While the new research is innovative, the study raises a variety of concerns. “My first question is: why?” said Kirstin Matthews, a science and technology researcher at Rice University’s Baker Institute. “I think the public might be a little worried, as I am, after all, it shows that science is advancing without promoting a proper conversation about what we should and shouldn’t do.”

In defense of embryos

Even though the research raised certain questions, the scientists who conducted the study and other experts working in the industry defend the experiment. “This is one of the biggest problems in medicine – organ transplantation,” said Juan Carlos Izpisua Belmonte, a professor at the Gene Expression Laboratory at the Salk Institute of Biological Sciences in La Jolla, California. “The demand for an organ, today, is much greater than the supply”.

“I don’t see this kind of research as a problem,” said Insoo Hyun, a bioethicist at Case Western Reserve University and Harvard University. “The study is aimed at high humanitarian goals.”

“Thousands of people die each year in the United States waiting for an organ transplant,” noted Hyun. “That’s why, in recent years, some researchers in the United States have been injecting human stem cells into sheep and pig embryos to see if they are able to develop human organs in such animals so that they can carry out a transplant.”

The latest experiments aimed at producing organs that have been carried out by science show promise only on paper. According to the NPR news portal, the numerous approaches already taken have not worked. Based on this reality, Belmonte decided to join Chinese scientists and scientists from other parts of the world to try something different.

In the meantime, Belmonte, along with the other researchers, injected 25 pluripotent human stem cells – commonly called iPS cells – into monkey embryos, which are very much the closest relatives of humans – compared to sheep and pigs.

After injecting the cells in question, the researchers noticed human cells growing in 132 of the embryos. Embryos that showed promise were analyzed for 19 days. The period, at first, short, it was enough for scientists to learn more about how cells human and animal can interact. “It was a significant step and one that can help researchers find new ways to grow organs for transplantation in other animals,” said Belmonte.

“This knowledge will allow us, now, to try to find ways that can be more successful and that, consequently, will allow the adequate development of human cells in embryos of other animals”, pointed out Belmonte in an interview with NPR. “We are very, very excited.”

These mixed-species embryos came to be called Chimeras, in homage to one of the creatures of Greek mythology. “Our goal is not to generate any new organism. We don’t want to create any monsters,” said Belmonte. “We’re just trying to understand how cells from different organisms can communicate with each other.”

In addition to trying to discover new pathways for the production of human organs, Belmonte researchers hope that further research can offer new insights into the development of the human body, aging and the underlying causes of cancer and other diseases.

“This work is an important advance for science, as it provides very convincing evidence that we may someday develop a heart, kidney or lung,” said Jeffrey Platt, professor of microbiology and immunology at the University of Michigan.

For many researchers, this kind of scientific work brings to the fore several other possibilities, which, many of them, feed a certain concern. The biggest one is that someone might try to use the study to promote the production of babies. Another concern involves the possibility that new species will actually be created and that they will be able to produce human sperm or eggs.

“Nobody wants apes that are capable of producing human eggs and human sperm while walking around,” said Hank Greely, a bioethicist at Stanford University.