This Wednesday, April 21, the Indonesian military lost contact with a submarine, which was carrying out naval exercises off the coast of Bali. In all, 53 crew were on board the submarine. The KRI Nanggala 402, built on German engineering, was designed to test torpedoes. The submarine disappeared after asking the competent authorities for permission to carry out the action. “After we authorized the procedure, we lost contact with the submarine and, so far, we have not been able to locate it,” the Ministry of Defense said in a statement. 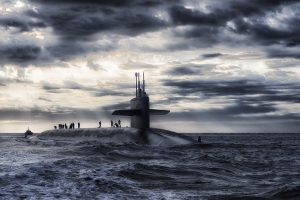 According to a report published by CBS News, a helicopter searching the coast of Bali detected an oil spill in the supposed location where the submarine submerged. Also according to the CBS News report, the Indonesian Navy dispatched warships off the coast to assist in the search. The country also asked for help from Singapore, Australia and India.

“The navy requested international assistance and several countries responded to the request. Among the nations that responded to the call, Singapore, Australia and India”, revealed the Ministry of Defense.

According to an Indonesian government news portal, the KRI Nanggala 402 weighs 1,400 tons and was built in 1978. The country, in recent years, has invested in new military equipment. Indonesia currently, in addition to the latest new acquisitions, has in its military fleet five submarines built in Germany and South Korea.

The Indonesian Navy believes the submarine may have submerged to a depth of 2,000-2,300 feet, about 600 meters. “If the assumption is correct, the KRI Nanggala 402 probably collapsed under the pressure,” said Ahn Guk-hyeon, an official at Daewoo Shipbuilding and Marine Engineering, South Korea. Frank Owen, secretary of the Submarine Institute of Australia , also believes that the submarine is at a depth that is unable to action rescuers.

“Most of the resources that we have to use in rescues are not able to go down to a certain depth,” Owen said in an interview with CBS News. “They can go up to a certain limit, but not where we believe the submarine is. In this case, these resources become unfeasible”.

Owen, a former submariner who developed the Australian submarine rescue system, revealed that the KRI Nanggala 402 was not equipped with a special mechanism around the hatch that allows it to carry out a rescue operation without causing damage to the crew and structure. According to Owen, the submarine could be recovered if it was 500 meters deep.

In search of the submarine 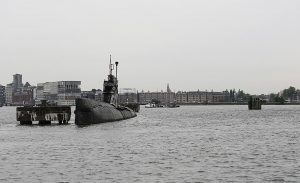 In November 2017, an Argentine submarine disappeared with 44 crew members in the southern Atlantic Ocean. The wreckage was found at a depth of 2,625 feet, or about 800 meters. In 2019, a fire broke out in one of the Russian Navy’s research submersibles. In all, 14 sailors lost their lives.

Even in the face of all the scenarios mentioned above, the searches continue. “We hope, somehow, to be able to rescue them before the oxygen runs out. The crew will have oxygen until ​​3 am on Saturday,” said Indonesian Navy Chief of Staff Yudo Margono.

The Indonesian military revealed this Thursday, April 20, that Indonesian Navy ships, two submarines and five aircraft continue to search the area where the oil spill occurred. A hydro-oceanographic research ship equipped with high technology is the way to the next location to the oil spill.

“The news of the submarine’s disappearance is deeply worrying,” Australian Chancellor Marise Payne said during a visit to New Zealand. “We will provide all the assistance we can. There is no doubt that the search and rescue of submarines is very complex.”

Australian Defense Minister Peter Dutton said the incident was “a terrible tragedy”. “Our fervent prayers are being directed to the crew,” Singapore Defense Minister Ng Eng Hen wrote on Facebook.

The KRI Nanggala 402 submarine has been in service in Indonesia since 1981 and has undergone maintenance and overhaul in Germany, Indonesia and, more recently, South Korea. The services were carried out between 2007 and 2012.